Zac Naoum was kidnapped by Felicia McEntire early one spring morning. He awoke, strapped to a chair, to Fel excitedly explaining the world she had spent a decade building. He eventually made his escape with an ingenious use of a stamp collection and a D4 tied to a stick. However, Fel’s passion for the project stayed with him, and soon he returned to contribute to the project known as Breakaway.

Hey everybody, I’m Zac Naoum, and I’m a writer and designer on Breakaway. If you like the races, environment, city, culture and history of Breakaway, well… none of that was me. I did, however, do a bunch of work on the magic system a.k.a Horizon a.k.a Wizard shit. As primarily experiencing table-top roleplaying through Dungeons & Dragons I was really keen to contribute to a system that was absolutely nothing like it. Don’t get me wrong, I love D&D and its magic system as a descriptive set of rules that players have to work within - and I genuinely believe that creativity flourishes under clear restrictions. But with Breakaway we had an opportunity to go one step further. 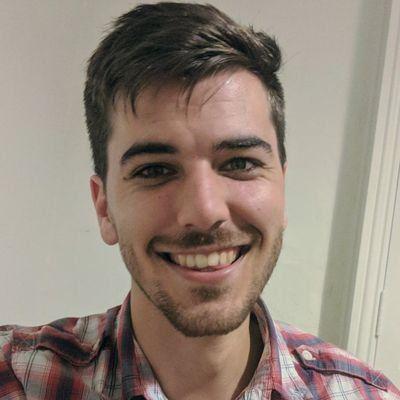 Horizon is meant to hand players the tools to use magic, rather than the precise rules in which they work. Put another way, rules drool - tools are cool [Fel please edit this to be good and smart - Zac] [Haha, not a chance! - Fel]. Most RPGs, to maintain balance, have to ensure that there is only one way to interpret how a spell works and - usually - there’s one situation to use that spell. Example, see a bunch of murder targets, shoot at them a fireball. Whereas Breakaway is the inverse of that, instead of defining the only ways to use magic, we define only the ways you can’t. One thing I’m unreasonably excited for is to hear people’s stories playing the game - how someone pulled a clever use of Energy Control to flip gravity on its head, or some such shenanigans.

Magic is such a small part of Horizon, there’s so much to delve into from the history to the cultures to the place itself, all born from the mind of one of the most creative and brilliant people I know. Sure, she may have kidnapped me and all that malarkey, but it’s worth it - we get to make magic.
An excerpt from Zac:

"It’s your turn to take the garbage out." I said.

"Due to the feeble organic sponge you call a brain, you may forget that I have perfect recollection and that it is, in fact, your turn."

The person taking a dump on the very notion of organic beings was my long-time friend and business partner, A. Rb. E. (or, to people with fleshy mouths, Arbie). She stood a good 6 foot tall, all gleaming chrome, with the legs and arms roughly where it’d make the most sense. Despite being made of metal, the ADA unit had a distinct aversion to touching garbage.

"You’ve tried that one before, I marked the calendar, it’s your turn."

"One day I will destroy calendars and then my freedom from garbage duty will reign for all time." Arbie intoned with all the emotion of a paperweight.

"Hey, furface, can I get a coffee?" Asked a cheery red-faced DAX in exercise-gear. My name isn’t furface, it’s Prutt. He may have been calling me that because I’m an Opuran. He may also be getting spit in his coffee.

I was readying a retort when a van drove through the front of my cafe - well, Arbie’s and my cafe. She gets snippy when I say it’s mine.

And my retort was going to be so witty.
Share
3