As a culture, Protoans can be a deeply religious people. Protas is sovereign over all creation and the cycle of life, and their many Aspects and teaching permeate the Protoan society at every level. Protas is widely considered to be the first deity even by other Sharyshan cultures, and the creator of all other gods. 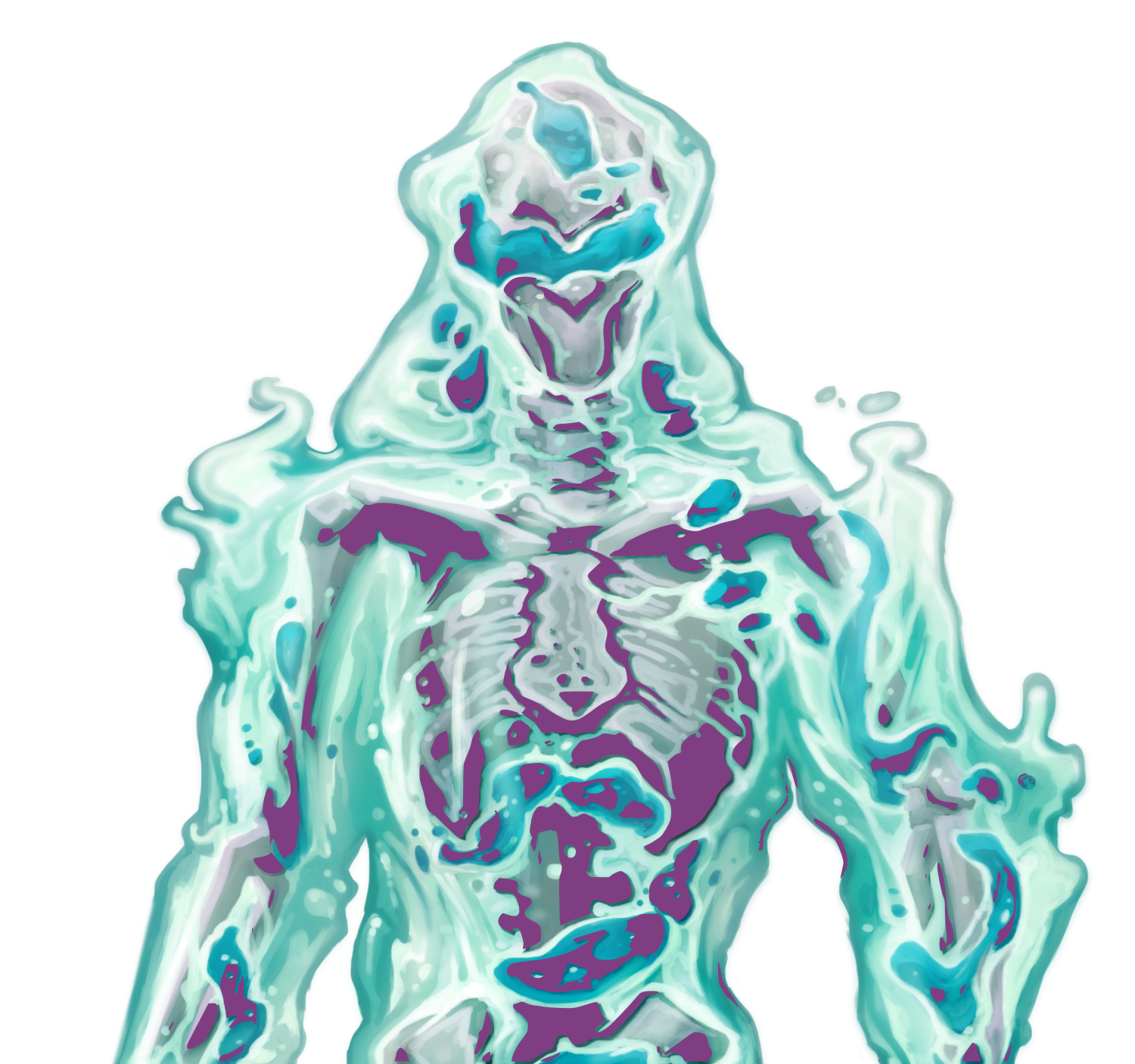 There are many facets to Protas, called Aspects, and each Aspect has its own following. These are used as ideals for follower devotions. A person who feels called to help others may devote themselves to the Mother or Father Aspects. If someone wishes to seek out and punish the unjust, they may pledge themselves to the Judge. Aspects of Protas can range into the thousands, but the most commonly followed are the Mother, the Father, the Child, the Judge, the Beloved, the Grave, and the Fighter.

It is a common practice for Protoans to distinguish their devotion by storing an Aspect’s symbol or color inside their body for display. Even if a person changes the Aspect they follow, they may not decide to remove the previous Aspect’s symbol. Many see this practice as boastful and has caused more than a few cultural schisms. As an example, the Grave Aspect is embodied by the color purple but also includes white flowers, black leaves, or red berries.
Protoans may still present Aspects for those outside of their culture whether they are religious or not. It is understood that those who work in law enforcement or the justice system should follow the Judge – otherwise they are seen as untrustworthy by Sharyshans. Regardless of what Aspect an individual follows, all who follow Protas must adhere to a set of rules, called Protas' Laws. Laws are used flexibly in day-to-day life by most – only the most devoted use them as strict guidelines. They are:


Other Sharyshans see Protoans like a good luck charm. Protoans are often sought out for their presence or blessings. A tactic often used by politicians or corporations is to seek out one or two Protoans for appearances in public or appointments on advisory boards. This practice and general outlook mean some Protoans have been able to exploit the legal system with less suspicion in the past. Protoans that are appointed to positions of high standing often wear some form of simple accessory or clothing to denote their status. While this is intended to imply importance, some see this practice as a form of pride or a slackening of ideals.

The two Protoan holidays recognized by most countries in Sharysh – and now the Port City – are Planting Day and the Passing. On Planting Day, friends give each other tokens that express their gratitude for their relationships. On Passing, families join back together momentarily – physically, if they can attend in person – to remember their ancestors and give reverence to the Grave. During the week of Passing, many wear the Grave’s symbol regardless of what Aspect they follow. 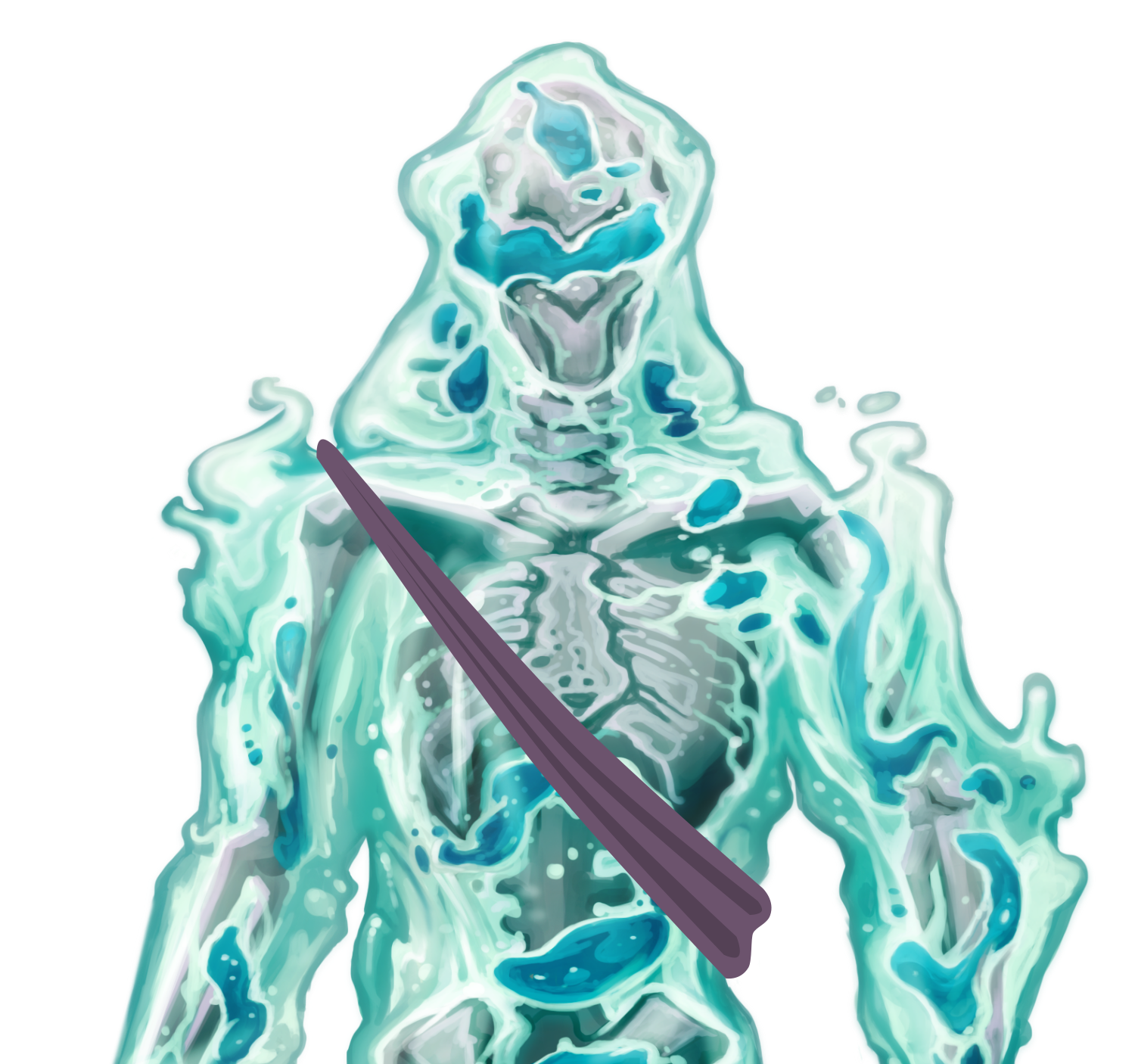 Protoans do not produce offspring in the same biological manner as other Sharyshans – they reproduce asexually by splitting into two. After a week, the split is considered its own person, at which time they leave their family to seek out other experiences and knowledge about Protas’ other Aspects. Before the week is up, splits can be reabsorbed with little to no issue. However, legislation had to be put into place after a Protoan went on a reabsorption spree – reabsorbing 12 splits several years after they were created. Reabsorption in this manner is now considered murder. Protoans usually make an attempt to visit their family once a year so they can bond once more and share new information.
Share
1